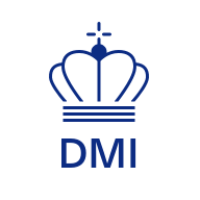 Below you'll find answers to the questions, we get asked the most about. We will continue updating these based on questions received.

Why is user creation required for using the webservice?

You need to register as a user for several reasons. DMI wants to be able to contact users in order to give guidance on usage of the API and to inform users of planned service windows, breakdowns or new API versions. DMI would also like to get insight into how data is being used in order to develop new and improved noncommercial services. Please read the Terms of Use for further information.

Why do I need different API-keys for the different services?

In order to retrieve data from our services you need to subscribe to the service(s) in which you are interested. The api-key is linked to the data type (e.g. metObs) and the specific version of the API.

The reason for this is that DMI wants to be able to contact the users of the different services in order to inform users of planned service windows, breakdowns or new API versions.

Where do I find my API key?

In order to receive an API key you have to register as a user of DMI's API service. On the page User Creation you can read instructions on how to register as well as how to find your API key if you've already registered as a user.

If you forgot your password go to the page User Creation where you can find instructions on how to make a new password.

How long is my API key valid for?

Your API key is valid as long as it is in use. If an API key has not been used for the past 12 months it will be deleted automatically. You can always contact DMI by using the contact form at https://www.dmi.dk/kontakt/frie-data/  to have your user information deleted by which your API key will also be deleted.

You can always contact DMI by using the contact form at https://www.dmi.dk/kontakt/frie-data/ and ask to be deleted as a user resulting in the deactivation of your API key and the deletion of the data registered about you. Out of consideration for traceability in relation to information security, deletion will not cover data registered in the logging of requests to DMI’s web services.

Questions about the webservices

How do I use the webservice?

You can access the API specification as well as Request & Response examples and information on data sources by choosing the appropriate data type in the menu on the left side of the screen.

Where do I find the API documentation?

You are able to access the current API documentation by choosing the appropriate data type in the menu on the left side of the screen and then choosing “Service documentation”.

Can I call the webservice from all applications and platforms?

DMI’s API is REST based and thus platform- and language agnostic.

How do I query several parameters and/or stations?

It is not possible to include multiple parameters in a single query. If you want to query more than one parameter, you need to query each parameter separately or query all parameters and then filter out the parameters you don’t want afterwards.

If you want to query miltiple stations, you can use a bbox query to do so, if the stations of interest are within the same geographical area. Another option is to query each station separately or you can query all stations and filter out the stations you don’t want afterwards.

How am I informed about new versions of the API?

By registering as a user of the DMI API you will automatically receive a notification at the registered email address when a new version of the API is released.

Are there any restrictions on the no. of requests I can perform against the APIs?

There is a fair use limit to allow only 500 requests per 5 seconds. If more requests are received a HTTP 429 error is returned. We are continuously monitoring the use of the APIs and will adjust this limit to ensure that all users have fair access. We also recommend to use the bulk download functionality.

What is the uptime of the webservice?

The API services are expected to have an availability around 99.9 %.

Downtime is not expected, but in case of planned downtime it will be announced under API status & contact.

Where can I report errors?

You can report errors by using the contact form at https://www.dmi.dk/kontakt/frie-data/

If you have questions regarding data from third parties, please contact the authority responsible for the station or the data derived therefrom.

If you are experiencing that the API is out of service please check the API status page or contact The Agency for Governmental IT Services (SIT - Statens It).

Questions about the data

What type of data can I get through the webservice?

The following data is available through the current webservices:

In 2022 DMI's forecast data will also be made available through the open data service.

How may I use data?

You can freely use DMI’s data for any purpose including further processing and distribution. Be aware that you may not make changes to the actual data retrieved from DMI. Please read the Terms of Use for further information.

Is there any limitation to the use of data?

Data retrieved from DMI may not be changed. DMI reserves the right to block or adjust the bandwidth for individual users if these strain DMI’s web services to a disproportionately wide extent.

How often is data updated?

You can see the update frequency by choosing the appropriate data type in the Confluence menu on the left side of the screen and then choosing “Data information” > “Parameters”.

Please note that lightning data does not have a specific update frequency, since the data is updated in real time.

How do I retrieve large quantities of data?

If you want to download large quantities of historical data, we recommend that you use the bulk download service. The service lets you download .zip files, each containing historic data for a month. You are also able to download all historic data by selecting the file all.zip.

What format does data come in?

DMI’s open data is retrieved in JSON format (”JavaScript Object Notation”). JSON is a compact file format for the exchange of data. JSON is a text format which is platform- and language agnostic and which can be read by humans as well as machines. The JSON format can easily be converted to other file formats such as .csv or .xml.

Are data available in GIS format?

Data retrieved through the API is only available in JSON format, but DMI's open data can easiliy be imported directly into GIS. Please see our guide.

Are data available in CSV/excel?

Data from our OGC API-features services (metObs, oceanObs, lightningdata and climateData) can be imported into excel. Please see our guide.

What does it mean that observation data are not quality controlled?

Observation data have not been subject to quality control nor processed in any way. Errors in measurements may occur. Errors are typically due to malfunction of instruments caused by wear and tear or exposure to weather and in some cases seawater and on rare occasions from vandalism. Wear and tear of the instruments are handled proactively by performing service checks at the stations on a regular basis and changing the instruments within the given time frame. Due to this, you have to be aware of the risk of faulty measurements when using DMI’s observation data.

When will DMI's forecast data be available for download?

DMI's forecast data will be made available during 2022

Can I download data from third parties through the DMI API?

It is possible to download data from third parties through the DMI API if an agreement exists between the third party and DMI. The owner of the station is marked in the station list of the service.

If you have questions regarding data from third parties, please contact the authority responsible for the specific station or the data derived therefrom.

What if data is missing?

The data retrieved through DMI's Open Data API correlates to the data available to DMI. Sometimes you may experience that some data entries are missing. The root cause of this is typically a malfunctioning measurement instrument, which DMI will repair as soon as possible.

What coordinate datum is used for the location of the stations?

The coordinate datum used for the location of the stations is WGS84.

Why is DMI’s 1x1km grid data not available as open data?

The 1x1 km grid is used as an intermediate basis to construct the spatial resolutions 10x10 km, 20x20 km, municipality data and country data. Under certain weather conditions the 1x1 km grid data can be quite imprecise, but by aggregating it to larger areas the uncertainty is reduced. Furthermore, 3rd party data, which DMI doesn’t have permission to redistribute, can be deducted directly from the 1x1 km grid data.

What if I have questions about the data?

If you have questions regarding data, please contact the authority responsible for the specific station or the data derived therefrom.

What kind of optical flow method do you use for DMI’s radar forecast?

In the radar forecast on www.dmi.dk we use Gunnar Farnebäck's dense optical flow algorithm as implemented in OpenCV: https://docs.opencv.org/3.4/de/d9e/classcv_1_1FarnebackOpticalFlow.html

We also use a range of other methods (e.g. Lucas-Kanade optical flow) available in pySTEPS: https://pysteps.readthedocs.io

Radar data on www.dmi.dk is a special product that only shows the lowest elevation scan which is gathered every 5 minutes. This data is currently not a part of DMI’s open data service.

Why is the geographical location of the DKSS forecast model inaccurate when visualized in certain GIS tools?

Depending on which tool or application used to visualize and process the GRIB file, an error in the geographical placement might occur due to a maximal decimal precision of three in GRIB files. Because of the high resolution of the model a precision of 4 or 5 decimals is needed in certain geographical areas.

In order to compensate you have to use the eastern and western reach together with the number of grids all of which are written in the header of the GRIB file, to calculate the grid distance in degrees as shown in the following equation:

A precision of at least five decimals is recommended when using the above equation.

Now use the calculated grid distance along with the western reach and the number of grids to calculate the accurate eastern reach by using the following equation: